How to Use The Pentatonic Scale (A Complete Guide)

Trying to learn to play the pentatonic scale? This powerful piece of music has been used for thousands of years…

And by the end of this article, you’ll understand all the ins-and-outs you need to use it in your own music.

In this guide, we’re going to look at:

But if you just want to learn about the Pentatonic Scale specifically, keep reading.

If you’re playing the piano, the easiest way to discover the pentatonic scale is just to play the black notes.

The next best way is simply to identify a major scale and then remove the 4th and 7th note in the scale.

What is a major scale, for those of you who need a refresher (or are learning for the first time)? It’s made up of 7 notes in a certain pattern of intervals (whole steps and half steps).

Check out this chart to see what intervals are used in the major scale: 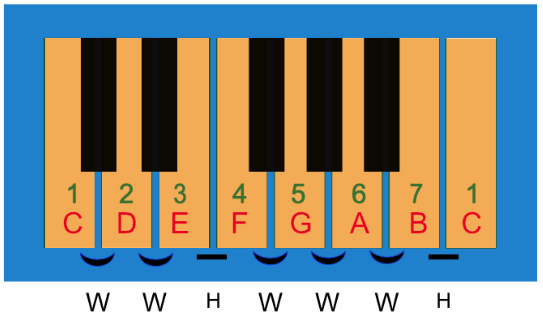 If you remove the 4th and 7th note, the pattern of intervals in the pentatonic scale is this: 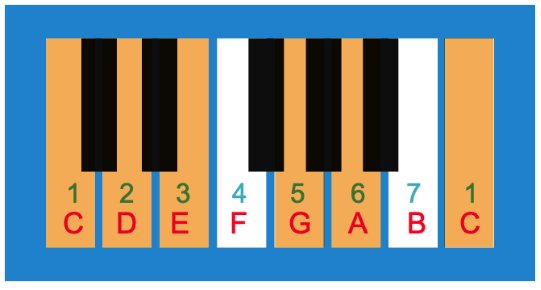 Here’s the pentatonic scale across the major keys: 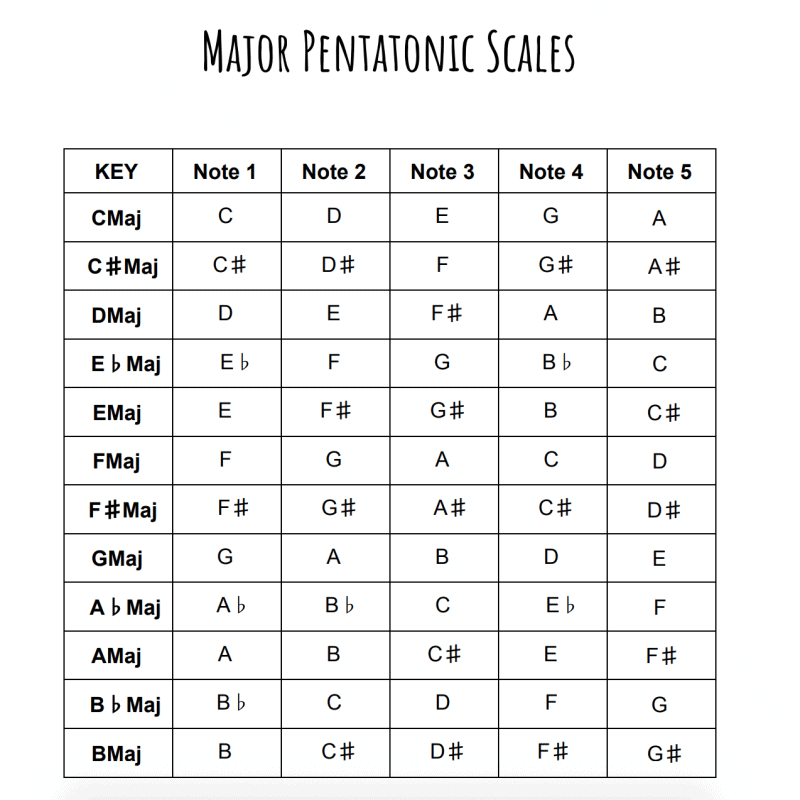 You can find a minor pentatonic scale in one of two ways.

Here’s the first method: start with a major scale and, this time, remove the 2nd and 6th note. Then flat the 3rd and the 7th note. 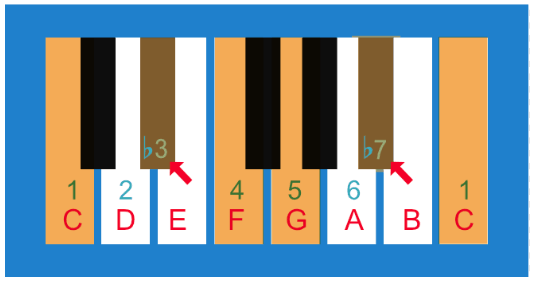 But instead of starting on the 1, shift the scale down to the 6 (notes: 6, 1, 2, 3, and 5). That will move the major scale into its relative minor… meaning you’re now using a minor pentatonic scale!

Even though the note numbers are different, you can see that the intervals are exactly the same as the first method we used.

Here are the minor pentatonic scales for all minor keys: 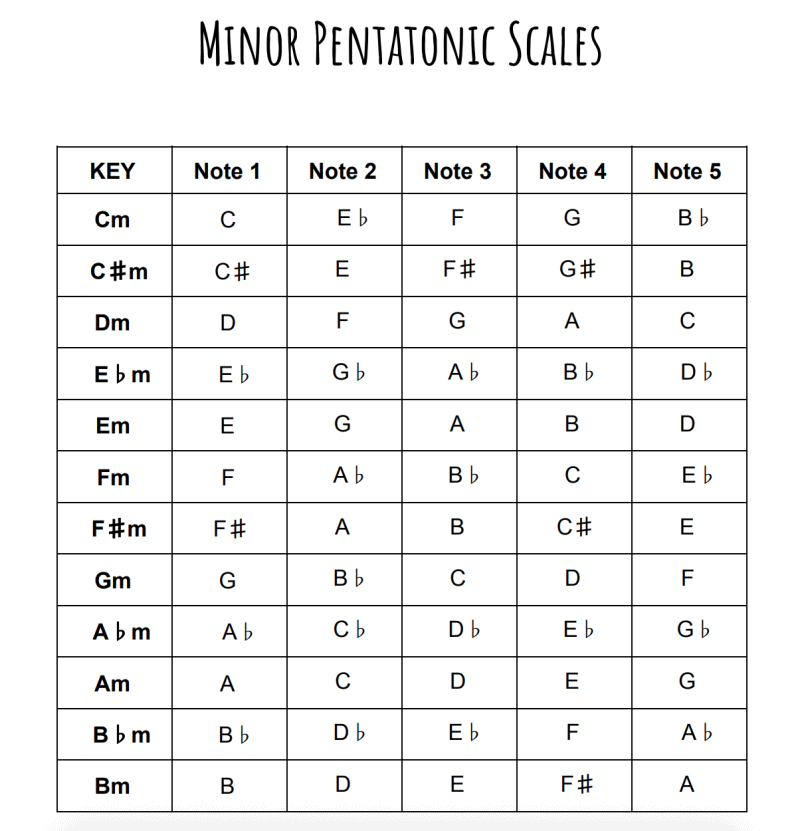 Why Does The Pentatonic Scale Work?

There are good reasons why the pentatonic scale is so widely used. And it’s not just because it’s a current trend.

About 20 years ago, researchers in China discovered flutes estimated to be 7000–9000 years old. (Possibly the oldest playable instrument in existence.) 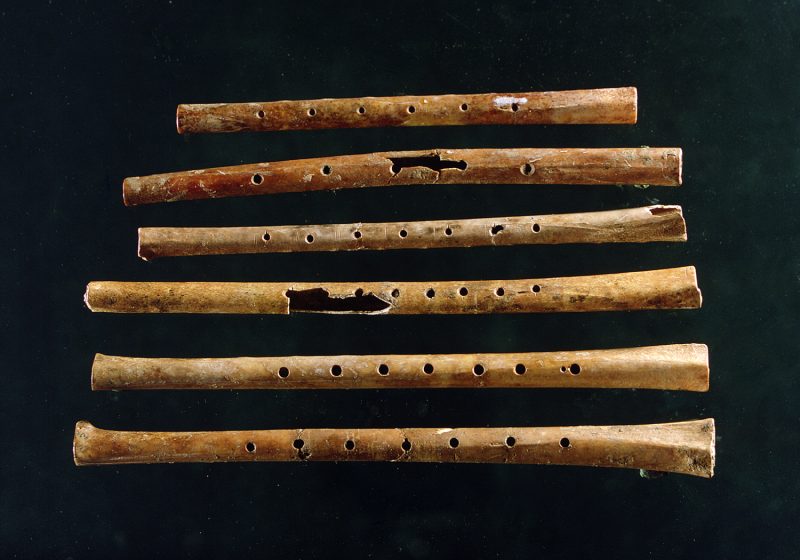 Listen to this recording, of the flutes being played, and you’ll hear a D major pentatonic scale.

I mean, it’s not exactly a Jimmy Hendrix solo…

But it speaks loudly to that scale’s power that humans were jamming on those notes as far back as 5000 BC.

Clearly, there’s something about those notes that’s very pleasing to the human ear.

The pentatonic scale is known for its “pleasant” quality – and there’s a reason for this.

Imagine playing the pentatonic scale, jumping from note to note (in any order).

You’ll never use these two intervals: the minor second or the tritone. These are the most dissonant intervals in music.

Essentially, the pentatonic scale is a condensed version of the major/minor scale.

Also, all the major modes (Ionian, Lydian, Mixolydian) and minor modes (Dorian, Phrygian) can be condensed into the pentatonic scale as well. This is why it works so well in so many chord progressions – in major or minor.

What’s the Pentatonic Scale Good For?

Using the pentatonic scale is a great foundation for improvising or soloing. Because you are leaving out the notes most likely to create dissonance. 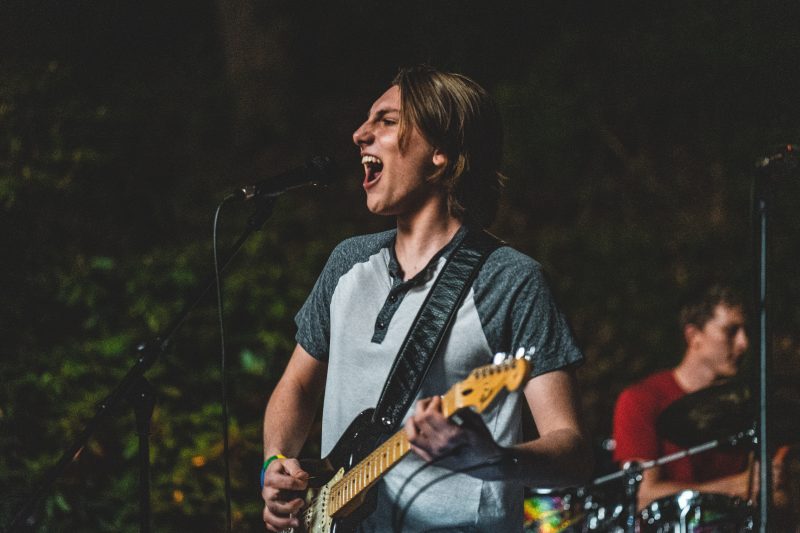 Not that avoiding dissonance should be the goal. Music will end up sounding flat and boring if you remove all the tension and spice from it.

Thus, the pentatonic scale is a great place to start, because everything tends to sound great. So you get to immediately make music, with only knowing a bit of theory.

Later, you can start to add in more dissonance as you gain experience.

Songwriting with the Pentatonic Scale

Often, the easiest way to write a song is to begin with a chord progression. It’s really hard to come up with great melodies out of thin air. 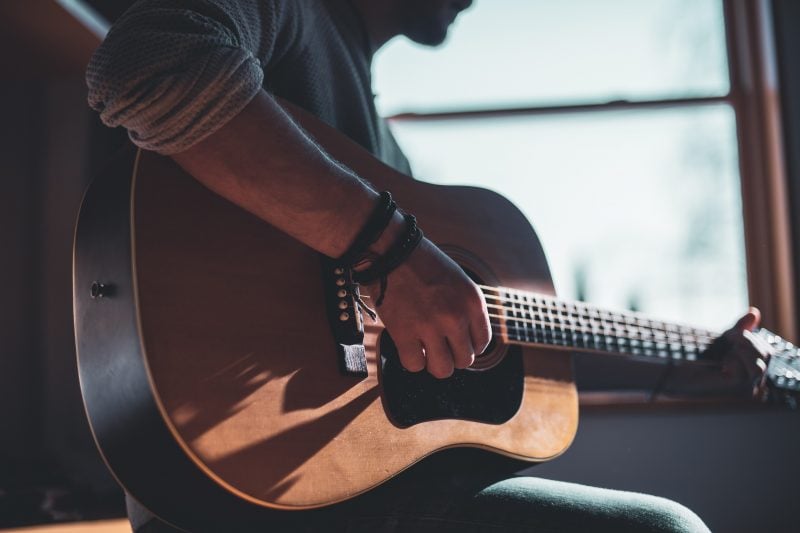 A good melody needs context, and the chords provide direction and set the tone for how you’ll hear the melody.

Then once that feels solid, you could look to how to add in a note or two that’s not in the pentatonic scale – to add some spice.

Do that a few times, and you’ll have your song’s melody!

The blues scale is built upon the minor pentatonic scale but with one additional note thrown in: a ♭5. 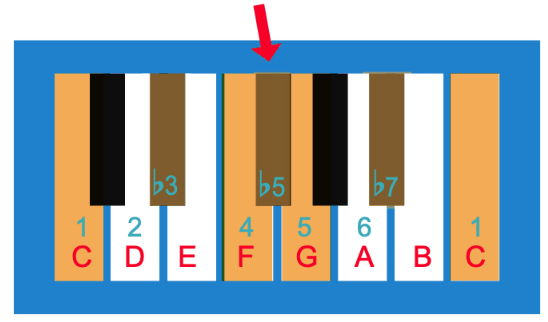 By adding in this single dissonant note, it adds some spice. But the bulk of the notes are still in the pentatonic scale.

There is only one disadvantage to this scale. It’s so strongly associated with jazz and blues that it doesn’t stylistically fit with other genres.

If you are playing blues or jazz, there’s also another important distinction to keep in mind:

Blues usually focuses solely on the minor pentatonic scale. Even though blues songs are almost always in a major key.

So for blues, if the song is in C major, then you’ll be soloing using the C minor pentatonic scale.

Playing a C minor pentatonic scale while you are playing a C major chord underneath creates a LOT of dissonance.

But this is the flavor or color of blues and jazz music. And one advantage to all that dissonance is that it can be a lot more forgiving!

There is all that mixed tonality – between major and minor. That is why jazz can wander into some pretty complex music theory.

But if you nail the pentatonic scales, you still can get up and running pretty quickly. 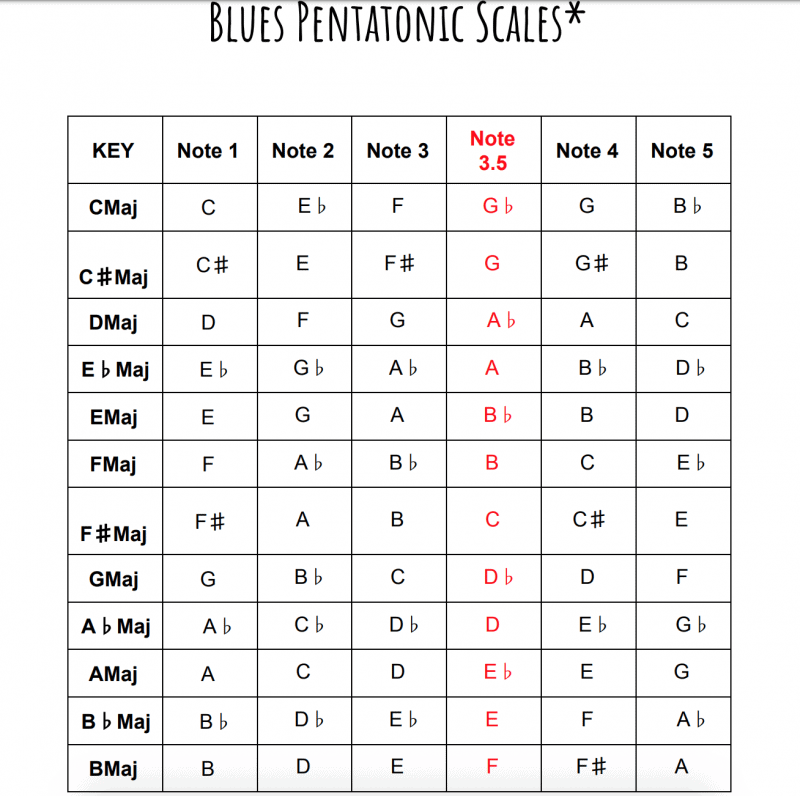 *The RED notes are the ones that have been added to the scale. Also, keep in mind: this is a MINOR scale, but is usually played over a song in the MAJOR key.

This scale is named after Carlos Santana because of how he often uses this note in his solos. 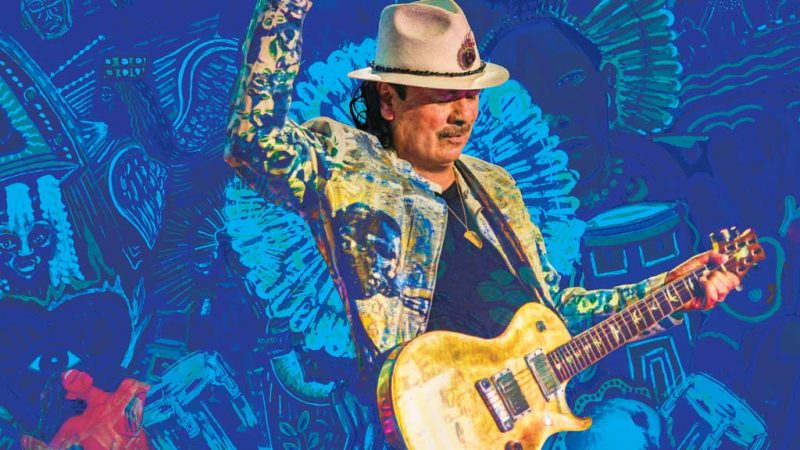 To find this scale, we’re going to start with a minor pentatonic scale and add in another note: a ♯6. This note is borrowed from the Dorian mode.

For example, to play the A minor pentatonic scale with the Santana note, you’ll play A, C, D, E, and then F♯, and G.

This dissonance is a bit softer than the blues scale. Plus, it’s a bit more flexible so it can be used in many different genres of music. 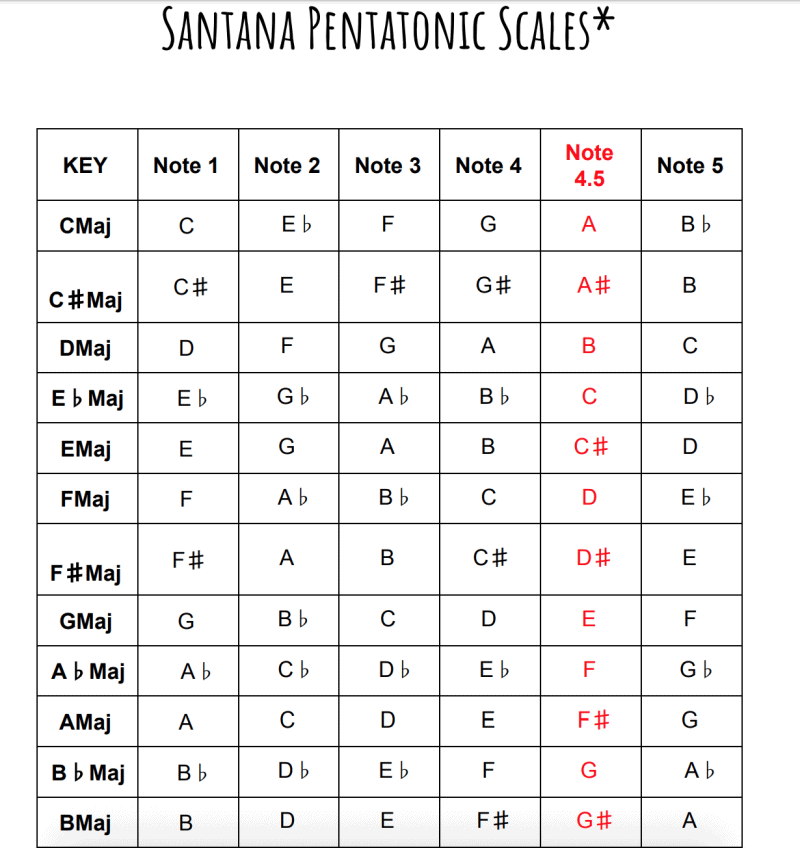 *The RED notes are the ones that have been added to the scale. Also, keep in mind: this is a MINOR scale, but is usually played over a song in the MAJOR key.

Now you can find the pentatonic scale. You understand why it works.

A great way to build upon using the pentatonic scale is to start adding in some of the other notes that you leave out.

Don’t be afraid of a little dissonance.

As long as you know the pentatonic scale, you have something to fall back on. You won’t lose your place.

Another direction to go deeper into is modes.

Finally, another direction might be to get a lot more experimental with your chord progressions. That is, challenge yourself to change keys while using pentatonic scales.

Remember that with writing music, everything is a remix. But that doesn’t mean there isn’t room for your own unique combination.