How to Make an Album: A Step-by-Step Guide

Releasing an album can be overwhelming.

I know this feeling first-hand.

But it’s totally possible—if you separate the process into steps.

So in this post, I’m going to walk you through exactly how to make an album. From selecting the songs to promoting the finished project.

Album vs EP vs Singles: When to Release Each 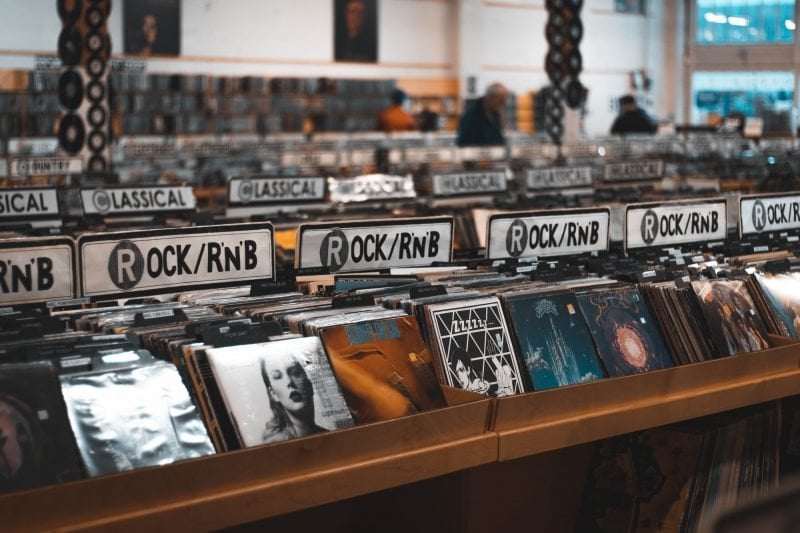 I’m not going to say releasing an album is better than releasing an EP or singles. They’re each good for different things.

EPs are good because they’re not too time-consuming. Yet they still allow you to release a batch of new music to fans.

Singles are good because you can consistently release music, keeping your name in front of people.

They also work well in tandem with an album or EP. You can release them ahead of the album or EP to build excitement.

But albums are kind of the gold standard when it comes to releasing music. You put a lot of work, time, and possibly money into a family of songs.

And when you’re done, the rewarding feeling you get is so deep. Fans also recognize how much effort you put into it and appreciate it more.

An album is your chance to say what you want to say, all at once.

Writing and Selecting the Songs

Writing the songs for an album can happen in many different ways.

Some songwriters set out to say something intentional with an album. Then they write the songs with that in mind.

I’ve heard of artists who only write songs when they’re planning to do an album.

As for me, when I notice a topical pattern in the types of songs I’m writing, I realize something. “Oh, I guess I’m going to make an album with this batch of songs.”

However you go about it, the main question to ask yourself is “Do these songs belong together?”

The point of creating an album is about more than just making great songs. It’s about what they say as a whole, thematically and musically.

As for how many songs, albums usually have 10–13 songs.

But many albums have 9 songs (like Let It Bleed by the Rolling Stones). While others have 20 or more (see Sufjan Stevens’s albums).

Once you’ve got your songs, it’s time to make a plan…

To successfully create and release an album, you need a plan. You can’t just start the project and expect things to work themselves out.

Figure Out Your Budget

You don’t want to reach the end of one stage only to realize you don’t have the money for the next.

So even before you start recording, figure out your budget based on how many songs will be on the album.

When making your budget, here are some questions to ask yourself:

I hope you see why making a budget is important. You need to calculate how much money the album will cost before you even start.

Finding a recording space is easier than it’s ever been. And that’s great news for you.

Even if your options are limited, there are some things to consider:

I’ve recorded albums in bedrooms, basements, a garage, and a walk-in closet. So I know first-hand how to work with what you have.

But as part of your plan, you need to decide on a place that you know will work. You don’t want to have to move your equipment halfway through the album.

Set a Timeline and Schedule

Next, you need to plan out how long the album will take to make. This can be difficult to estimate, but just do your best.

A general rule to follow: finish each stage before you move onto the next.

And definitely finish mixing before mastering.

So going into the recording process, you should have finished writing the songs and selected only the best ones.

Then you need to figure out how long it takes you to fully record a song.

A week? A month? Do you want to record multiple songs at once?

After you have a general timeline, set up a schedule.

If you know you’ll have three free nights a week, put “record album” in your calendar. And stick to it.

You can always adjust the timeline and schedule, but having a basic plan will really help.

Plan Your Mixing and Mastering

Once you’ve recorded, comped, and edited the songs, it’s time for the mixing stage.

If you’re going to mix it yourself, that will definitely save you a lot of money.

And if you’re like me, you want as much creative control as possible. Mixing is an extension of the production stage, which is why I mix my own music.

The downside to mixing it yourself is the loss of objectivity.

You’ve heard these songs so many times. And you’re going to hear them over and over during the mixing stage.

So it becomes hard to tell what actually sounds good and what needs works.

So I highly recommend sharing the songs with a friend or two who have good ears. Ask them for feedback.

If you have the budget, you could pay them for detailed, intentional feedback. Then credit them as production help.

If you mix it yourself, I highly recommend you hire a mastering engineer. Why? For the same reason: objectivity.

A mastering professional with good ears can hear things in your mix you totally missed. They can then have you make some adjustments before the final master.

If you can’t afford a mastering engineer, you can do it yourself. Or you can use an automated mastering service.

Either way, get other ears involved.

Okay, at this point, you’ve got an album with professionally recorded, mixed, and mastered songs. Now it’s time to share this sucker with the world.

Register Your Songs for Royalties

The first thing you need to do is register your songs with a few different companies so you get paid royalties.

For songwriting royalties, sign up with a publishing rights organization (PRO).

In the United States, that would be BMI, ASCAP, or SESAC. In Canada, it’s SOCAN.

It’s free to sign up, so it’s free money you could be missing out on.

And to collect mechanical royalties, register your songs with SoundExchange.

It’s a very time-consuming process, but it’s worth it. They’re the only company in the U.S. who collects mechanical royalties.

You also need to think about presenting your album to the public. And the first impression many people get is the album cover.

If you’ve budgeted for someone to create the album artwork, fantastic.

If not, you can use a free website like Canva to create your own. They even have templates you can start with.

It’s super easy. That’s how I’ve created a lot of the artwork for my releases.

Once the album cover is done, it’s time to pick a distribution company. These companies send your music to Spotify, Apple Music, TikTok, and more.

You should upload and schedule your album for distribution 2–4 weeks before the release date. This gives the distributor time to review and approve it so it hits stores on time.

Distributors have different options and features. So I recommend you check out our review of a few of them here.

There are so many ways to do music promotion, so let me just cover the basics.

Here’s what should be a part of your music marketing plan:

Even if you don’t like marketing, it really helps to put some thought into your promotion plan.

Follow these steps and tips, and you can totally create an album you’re proud of.

The trick is to take it one step at a time. This helps you fight that feeling of overwhelm.

I’ve released multiple albums, and these things are what I’ve found to be true.