I used to be anti-virtual instruments.

But I now see the error of my ways, especially when it comes to virtual drums.

So let’s talk about how to program virtual drums (and some plugin recommendations).

But if you want to learn about Programming Virtual Drums specifically, keep reading.

What Is Drum Programming? 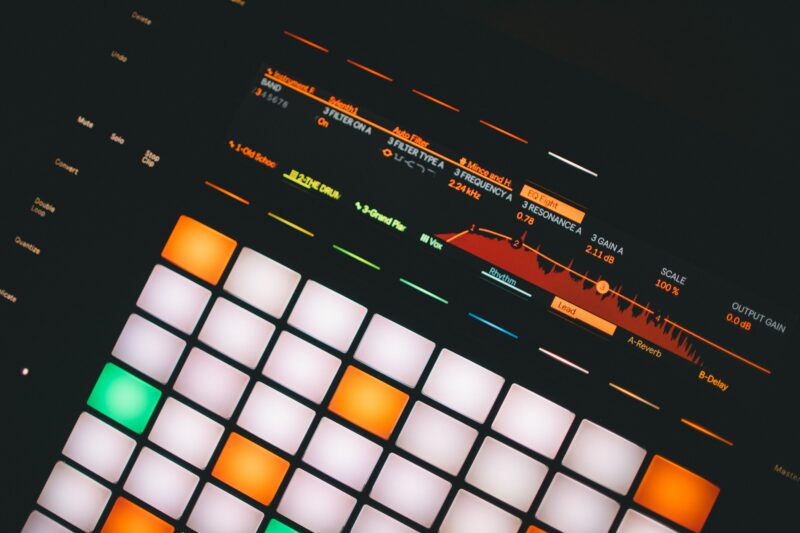 Programming drums is another way of saying you’re composing the drums. You’re creating the drum parts with a virtual instrument plugin or drum samples.

It’s a super important element of any song that has drums. So you’ve got to spend time on it.

There are two ways to approach drum programming:

Let’s talk about both.

How to Program Realistic Drums

Want to get that real drum sound but don’t have access to a drum set or drummer? Here’s how to use a drum plugin to program drums that sound real…

You won’t know how to program real-sounding drums if you don’t listen to real drummers.

So pull up a song by a similar artist to you and only listen to the drums.

Notice on what beats they hit the snare, the hi-hats. And when they use drum fills.

Act Out the Drumming

This sounds silly, but it works. Do some air drumming.

It’s actually a helpful way to start the drumbeat. Pretend you’re the drummer and dissect what you end up air drumming.

This also helps you with one crucial element…

Your virtual drummer only has two arms and two legs.

Create the beat and then air-drum along with it. You then ensure the pretend drummer isn’t doing anything a real drummer couldn’t do.

Make the Beat…with Your Mouth

You might not be a drummer, but your mouth is. Beatboxing is a great way to find the beat you’re hearing for a song.

Even if you do simple boom-chikka-boom-boom noises, that’s fine. Just interpret those noises into hits on your virtual drum set.

Don’t Make It So Repetitive

A real drummer mixes things up throughout a song. They don’t normally just play a looping beat like a drum sample.

So as you program drums, try using these ideas: 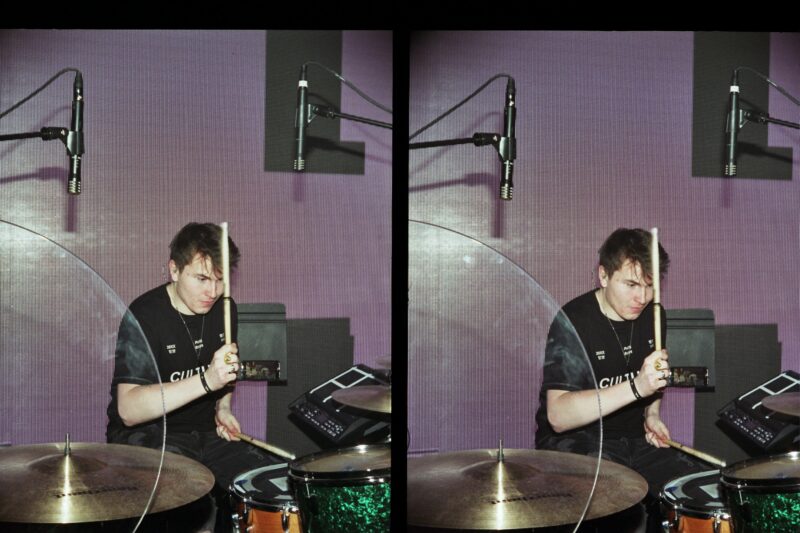 Even the best drummers don’t always play perfectly in time. That’s what makes them sound human.

And human drummers have a natural groove that drum machines just don’t have.

Drum machine beats are lined up exactly to the millisecond. Human drummers aren’t.

Fortunately, there’s an easy way for you to humanize your drums.

Any good drum plugin will have a “humanize” setting. This is where you can vary the velocity and timing of the hits ever so slightly.

If the velocity and time of each hit is humanized by just a couple of percentage points, it can make your drum programming sound like a real drummer.

A ghost note on the drums is a beat played between the main pattern of the drums. They’re meant to be there but also not totally present.

They help give the beat a sense of drive. Keeping things grooving even between the main kick and snare hits.

You can use ghost notes on any part of the drums. But most drummers play them on the snare.

Most often—and most effectively—drummers play ghost notes on the 16th notes.

So let’s say there’s a groove with 8th notes on the hi-hat, kick on the 1, and snare on the 3. Ghost notes would be gentle snare hits on the 2nd and 4th beats.

How to Use a Drum Machine Plugin

So here are a couple of things to keep in mind as you program drums through a drum machine plugin.

It Doesn’t Need to Sound Human

These plugins will shine brighter if they do what they’re intended to do.

This means the drum hits can be exactly on time, snapped to the grid. And there’s no need to use the humanize setting.

Heck, give your electronic drummer seven arms if you want.

It Can Be a Bit More Repetitive

Because you’re not trying to make these drums sound human, they can be a little more repetitive.

I mean, don’t just make a beat and loop it for the entire song. You need a little variety.

But you won’t need to spend as much time adding fills and such.

If you want a realistic drum sound, here are the plugins for you. They all sample live drum sets!

AD2 is my go-to plugin for a realistic drum sound. They offer a bunch of different drum sounds based on your genre.

So you can buy a few kits at a time, like rock, pop, jazz, and others. And you can swap those out for different sets when you want.

Or you could buy their complete package to get all the drum sounds.

Either way, you’ll get an actual real drum sound.

BFD3 is in its third generation, but you can also get the free version with fewer features called BFD Lite. Or you can download a BFD3 demo before you buy.

Like AD2, it has a variety of drum sounds for different genres, and everything is pre-mixed.

The folks at FXpansion use some of the best microphones and audio engineers in the business. So you know every hit will sound realistic in your song.

Slate’s SSD 5.5 demo is a free version of the paid plugin. But it’s still a very cool demo.

It comes with their Deluxe 2 Kit and their “Classic ‘mix-ready’ processed Slate snare.” As well as three kit presets.

Not a bad deal for a free plugin that samples live drums. Plus, Slate is a very reliable audio company. 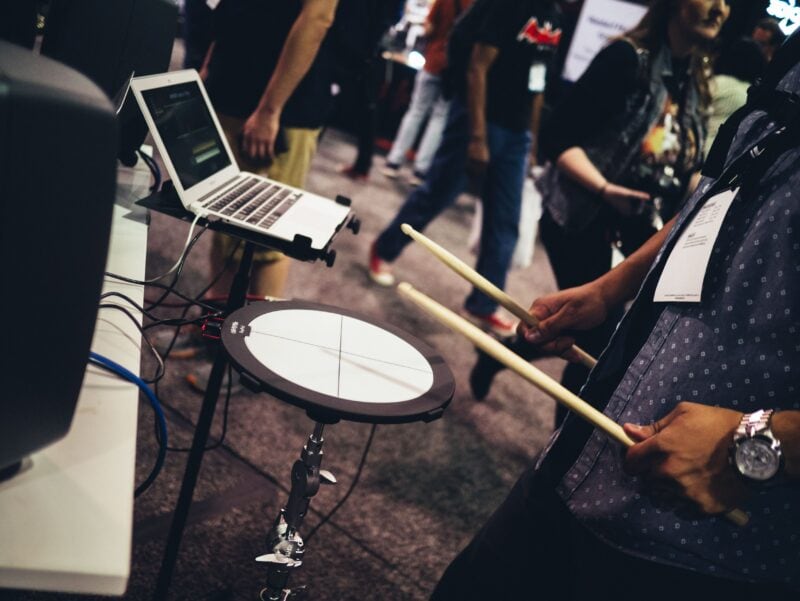 Want a more digital feel to your drums? Check out these two free drum machine plugins.

The kits range from hip hop to pop to a vintage 808.

And the pads give you two each of kick drums, snares, claps, and hi-hats. Plus four additional channels with other percussive sounds.

Plus, you can control the volume, attack, decay, sustain, release, and reverb.

The Beatfactory Drums plugin has more of an ‘80s vibe, both ‘80s rock and ‘80s hip hop. But it could work really in pop as well.

It has 12 pads: two kick drums, two snares, two hi-hats, a clap pad, and a bunch of other percussive sounds.

And you can also control the attack, decay, sustain, release, pan, reverb, and volume.

As you can see, there’s no need to record your own live drum sound if you’re not able to. And most home producers don’t have the resources for that.

It doesn’t matter whether you use a realistic drum sound or an electronic drum sound. It just needs to be high quality if you want your music to reach that pro level.