Music theory scares many a musician.

And, yes, there are some very complicated aspects of it.

I’ll walk you through the basic music scales in a clear and digestible way.

Word of advice: try learning just one scale for now. Then come back to this post after you’re comfortable with it so you can learn another.

But if you just want to learn about Music Scales specifically, keep reading. 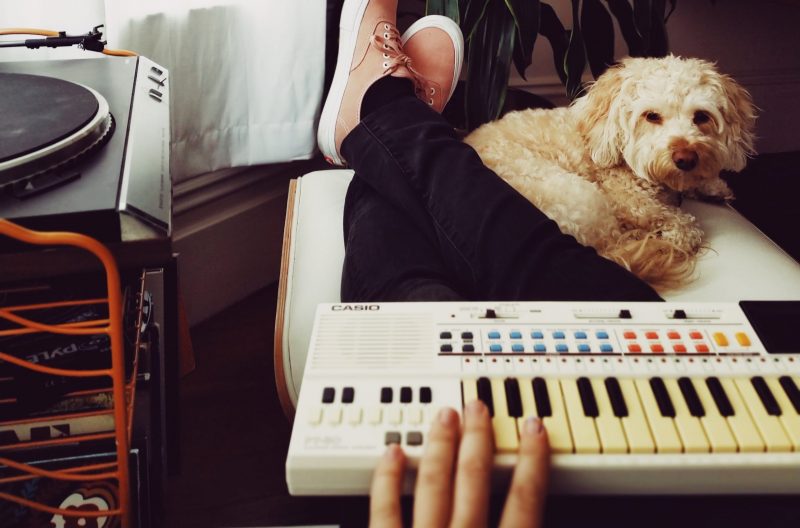 Simply put, a scale is a series of notes in a certain key, notes that all work together.

And each scale uses the same intervals, regardless of the key.

For example, say you want to play something in the key of G major and you know the basic structure of a major scale. You’ll know what you’re doing.

Steps refer to the distance from one piano key to the next.

Imagine a piano. A half step is when you go from one piano key to the one directly next to it. And a whole step skips a piano key.

“Whole step” and “half step” are shortened below to “W” and “H,” respectively.

Those are the notes, but what about the chords in a major scale?

Each chord in a major scale is based on the notes in the scale.

But how do you know if they’re major, minor, or some other type of chord?

Here’s the formula for finding the chords in any natural major scale:

Now let’s put it all together…

A G major natural scale has the chords:

And like the major scale, the minor scale’s chords are based on the notes in the scale.

Here are the chords in a minor natural scale:

So a G minor natural scale has the chords:

Pentatonic refers to the number five. So both major and minor pentatonic scales have five notes.

There’s an easy way to find the major pentatonic scale:

Simply remove the fourth and seventh notes from the major natural scale, and you’ve got a pentatonic scale.

So a G major pentatonic scale would be this:

As for a minor pentatonic scale, start with a minor natural scale. Then remove the second and sixth notes.

So a G minor pentatonic scale would be this:

Want to know more about the pentatonic scales and how to use them? Check out our detailed guide.

You can probably guess what borrowed chords are. Chords borrowed from other scales.

You can borrow chords from any of the modes, but we’ll just focus on borrowing from the parallel mode.

As we covered above, the major scale consists of these chords:

Meaning the G major natural scale, for example, has the chords:

For example, you could play the chord progression:

This is in the G major scale, so the C typically is a Cmaj. But it borrows the Cm from the parallel mode (the minor scale).

How to Use Scales

I know this is a lot of information.

But if you begin to learn the basic scales, you can do a lot more with your music.

Here are some ways you can use scales to improve the musicality of your songs. 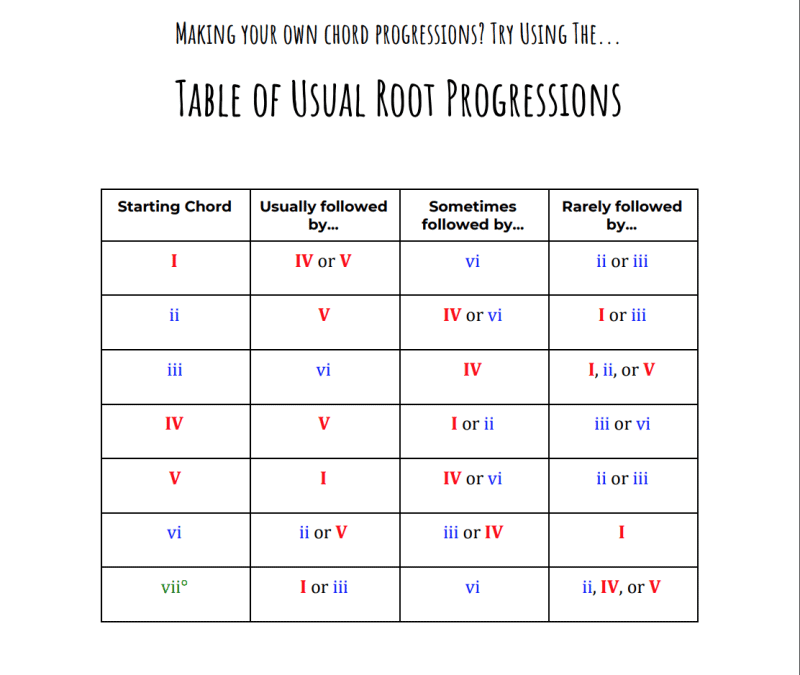 If you know the major, minor, and pentatonic scales, you’ll never get lost as to what chord should come next.

You know that for each one of those notes, you have to have a major, minor, or diminished chord.

And you know the minor scale has these chords:

Know the scales. They are your roadmap to better chord progressions.

There you have the notes to construct the melody. These are your melody building blocks.

You just have to build a memorable melody with them.

Not always, but generally.

Whereas the minor scale gravitates toward more downward feelings. Like sadness, anger, and unsettledness.

Again, not always the case. But it’s a good starting point.

These are starting points and not rules across the board.

But you’ll have less trouble starting a melody if you know where you can take it.

Playing solos and riffs is essentially like writing a melody. You’re just creating it in the moment.

This requires a very familiar and deep knowledge of scales.

To properly solo, you’ll need to be able to play the basic scales by memory without even looking at your fingers.

Soloing is where you can end up if you start with the basic knowledge of scales that we covered in this post.

I’d suggest learning scales (and music theory) in small bites. It’s a lot of information, and you could easily get overwhelmed.

So for now, start with the major scale. Once you have that down, move onto the minor scale, and so on.