Songwriting prompts are little ideas or sparks that can kick start your song.

They come from all over, in many flavors, and they can be insanely helpful to all songwriters—famous and less so!

Here’s a run down of what they can do and how to use them to your best advantage. Let’s take a look.

But if you just want to learn about Songwriting Prompts specifically, keep reading.

So What Are Songwriting Prompts?

They’re usually presented in lists with tons of different prompts. At first glance, they seem random and bewilderingly everywhere!

Don’t let the quantity put you off! 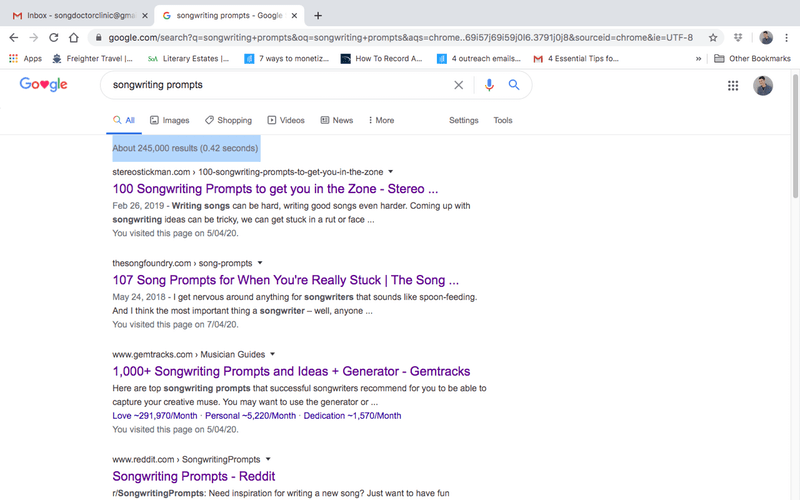 Think of song prompts as another tool in your personal songwriter’s kit.

They can help you get in the zone quickly as your creative mind picks up the prompt and flies away with it.

Not all prompts are equal. There are many variations.

So knowing how they work can help you navigate which ones to spend time with.

Prompt lists can be short and specific like Mella Music’s 10 ideas to write a song about someone you love.

Single topic prompts help you work on your areas of weakness. They can pull you right out of a writing rut, potentially into an exciting new direction.

Other lists are more generic. Prompts rotate through songwriting elements, be it lyric, melody, or harmony stimuli.

Stereo Stickman’s 100 Songwriting Prompts to Get You in The Zone is a good example of this.

From trying unusual topics like #60 Write a song about running a 200 mile race. To a harmonic focus like #18 Use the chord progression from another song, but play it backwards.

Or working with  a constraint on how few words you can use in a lyric like #33 Write a song using only 12 different words. 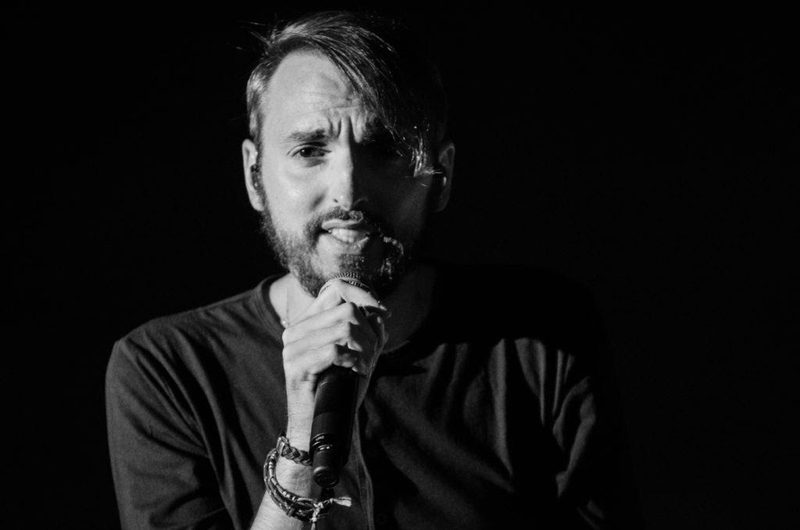 But is it cheating to use prompts? Don’t you just wait for inspiration?

Aren’t they gimmicky? No, no, and hell no!

You, the songwriter, can respond in whatever direction the prompt sends you.  Songwriting prompts are not prescriptions that you have to stick to.

They’re designed to stimulate a quickfire creative reaction.  You are aiming for a prototype rather than a fully fledged draft.

Incorporating prompts into your practice means you’ll always have a starting point for your writing sessions.

They act like mini assignments or commissions. And that adds focus and momentum to your songwriting.

Here’s the first one I was told about.

Using the alphabet, write out 26 female first names. These are now 26 song titles.

And so on throughout the alphabet.

Now, my list will be completely different from yours.

You can flip the genders however you like. Or ignore gender binaries entirely.

But suddenly you have 26 character names, where once there was a blank page.

Some names may be people you actually know. While others you’ll have to create characters and imagine back stories.

It makes you explore paths you may never have chosen left to your own devices. Mean!

It ups the spirit of play, which is part and parcel of creativity.

The more you use them, the quicker you become at leveraging new and exciting song ideas.

So far, we’ve looked at prompts that are written “instructions.” But they certainly don’t have to be.

Other media—visual, audio, or moving images—are just as useful for prompting songs, or “gearshifting” your artistic state of mind.

Visual Prompts can be real life scenes or curious fantasy. Photographs or paintings, with or without text incorporated.

Here’s one from visual prompt source The Creative Cafe. 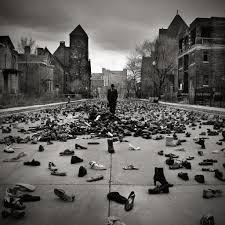 Audio cues range from listening to songs you love to finding new music. Even writing in alternative genres.

They are well-known routes to priming the songwriting pump.

Spend time actively listening for short periods at the start of your writing session.

So you can use a currently recorded song’s progression or structure as a prompt. And completely rewrite the melody and lyrics.

Movies, TV programs, and books, particularly novels and poetry, are also commonly used. It has spawned songs as diverse as Taylor Swift’s Death By a Thousand Cuts to Kate Bush’s Wuthering Heights.

Free computer algorithms generate curious, bizarre, and sometimes terrific song titles, ideas, or lyrics. And they’re all over the web!

You can tweak some parameters on various examples. Like this one, which pairs titles with different genres.

Some prompts use ways of thinking about art and creativity rather than direct song-writing actions.

My favorite was used by David Bowie when he worked with studio artist and producer Brian Eno. It’s called Oblique Strategies.

It was created as a set of beautifully simple cards, first published in 1975, with brief texts.

Ask people to work against their better judgement

A line has two sides

There are even a few smartphone apps for Oblique Strategies. Check them out for speedy song inspiration!

All are free, moderated, and you may even meet a future collaborator.

Some prompt lists are multileveled.

They add time limits to your individual sessions (e.g., write a song in an hour). And drip-feed the prompts daily over a defined period.

These are (understandably) called challenges. They work by upping your daily practice.

The premise is that doing anything over 21 consecutive days becomes habitual.

Thirty-day challenges are common. This one will send a daily prompt to your inbox for the duration and can connect you to one-on-one coaching.

Once you get on a medium-distance roll, there are several 100-day challenges around too. They’re generally supported by social media communities to cheer you on, like this one.

There’s an interesting personal account from songwriter Sam Newton. He participated in a 100-day challenge and discusses the impact it made on his songwriting.

There’s a veritable world of songwriting prompts out there. They make you respond with no right or wrong answer, just the birth of a song.

Have I used them?

Yes, and written things I know I wouldn’t have otherwise.

Do I use them all the time?

No, but I do collate my own on my phone. So there’s always a file of random prods should I need it.

A habit you could cultivate too.

So go explore. Prompts can shake things up where you need it most and kick you out of writer’s block.

UPDATE: We made a video going over some crucial processes for songwriters: