Modern Songwriting Tips: How to Make Your Song Cause Chills

Think about a song that gave you the chills the first time you heard it.

Goosebumps. A shiver down your spine. A tune that literally made your hair stand up.

Don’t you want to create a song like that? I sure do.

I’ll use science and everything I know about songwriting… Let’s talk about practical ways you can write songs that cause chills.

But if you just want to learn Songwriting Tips specifically, keep reading.

Why Music Gives You the Chills 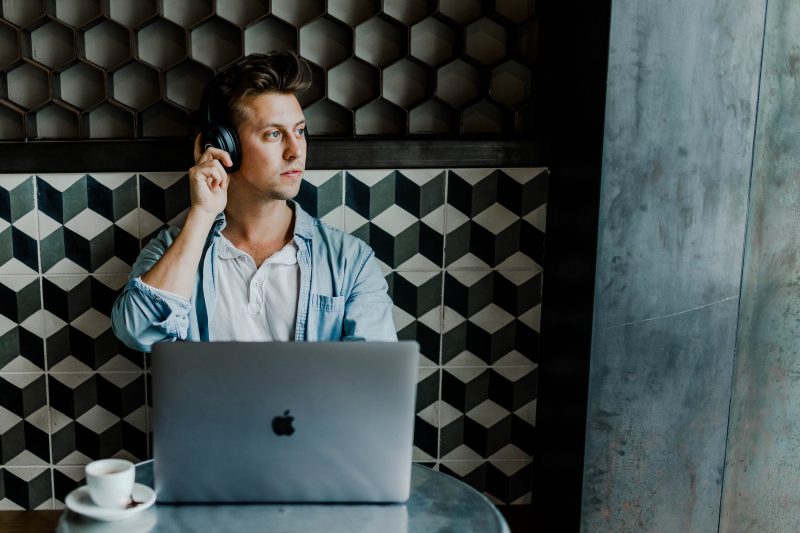 Music has long baffled scientists. It definitely makes us feel good, but it has nothing to do with our survival (that we know of).

And evidence that music makes us feel good is in the occurrence of chills.

You know what I’m talking about. There are those songs that just make you get goosebumps.

But why does this happen? And how can that inform your songwriting?

In a recent study, scientists found the brain’s reward system to be the main link to music-chills.

And they suggest it’s related to the anticipation stage, right before you get the chills.

There’s a type of brain wave that’s linked to the reward of successfully completing a memory task. This brain wave kicks in when our brain thinks there’s a reward coming.

And the chills could be one way our brain says, “Hey, there’s a reward just up ahead.”

When we get that reward, dopamine releases into our brain. And that makes us feel good.

Basically, the reward response in the brain involves two stages: buildup and release.

Songs That Give Me the Chills

Just to show you what I’m talking about, let me give you some examples.

Here are three songs with at least one buildup and release. These songs, especially the first few times I heard them, gave me the chills.

This song is the epitome of buildup and release. It’s epic.

It starts out with just an organ and Chris Martin’s voice.

It becomes an emotion-party. With big drums, an anthemic The-Edge-style guitar riff, and yelling vocals.

Even though the iconic string part in this song is not the Verve’s original idea, it fits this song so well.

The layers of strings, the big drums, and the emotion of Richard Paul Ashcroft’s vocals. They all create a chill-worthy experience.

This song stays mostly mellow the whole way through. But there’s a build in emotion, supported by the beautiful string arrangement.

The melody builds in the form of a walk-up. But also the lyrics and the way Paul McCartney sings them add to the build.

How to Write Songs That Cause the Chills

So how do we take this knowledge into songwriting? How do you write songs that give you and others the chills?

Here are some things to try in your next song…

Give People What They Want

Give them what they want, and their brain will respond accordingly.

Am I saying you should be predictable? No, absolutely not.

But you can be predictable sometimes.

What does this look like? Well, incorporate a literal build and release in your song.

You can use a musical build in the pre-chorus then break into a big chorus—the release.

Here are some techniques to try:

Sometimes, a production choice is as easy as doing what folks expect.

Part of the reason we get chills is related to fear.

Our hair stands on end because we have an initial burst of fear. But even after we realize everything is okay, the chill remains.

So sometimes, lead the song into a buildup but don’t provide the payoff.

Use the same methods I mentioned in the previous section, but do the opposite of the expected release.

Here are some examples:

Sometimes, misleading the listener can give them the chills.

The “drop” is a term that comes from electronic dance music. It’s when the bassline and drums are introduced into the song.

To create more impact in your song, make sure it’s clear where the drop happens.

Think of it like dropping a brick into water. You know when it happens.

It should be a powerful payoff for the listener.

Changing keys within a song provides a lift that doesn’t need any additional production. It can be hard to change keys without sounding cheesy, but you can do it.

Here are some ways you can effectively change keys in a song:

All of these methods, at their core, use contrast.

The effectiveness of a buildup-release combo relies on contrast. If the buildup feels the same as the release, then people won’t even notice a buildup or release.

Add dynamics to your track by making the sections feel different.

Contrast is a needed element if you want to give listeners the chills.

Whatever technique you try, remember to use a buildup and release. Anticipation and a payoff. Holding your breath and letting it out.

How do you know if your song is chill-worthy?

If it gives you the chills, it surely will give someone else the chills.