You may have heard audio engineers throw around the term “proximity effect.”

It sounds complicated, but it’s really not.

And it’s something you’ll need to learn about for recording music with a microphone, especially with a vocalist.

But if you want to learn about the Proximity Effect specifically, keep reading.

What Is the Proximity Effect? 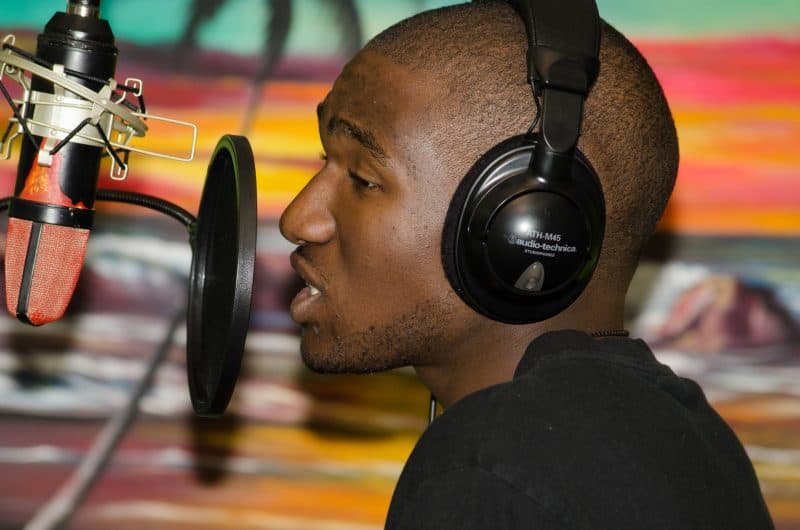 Proximity effect is when the sound a microphone captures becomes more intense as the sound source moves closer to it.

For example, if you’re recording vocals and you move your mouth closer to the mic, you’ll notice a change in sound.

If you’re using a mic with a cardioid or figure-8 pickup pattern, you’ll hear more low frequencies the closer you get to it. If you’re using an omnidirectional mic, the proximity effect won’t come into play.

Well, polar patterns determine how sensitive a mic is from different directions.

For example, with a cardioid pickup pattern, the focus is on capturing sounds from the front. So if you overload that space by getting too close, you’ll run into too much proximity effect.

On the other hand, omnidirectional mics aren’t concentrated on any one area — they record audio from all sides. So you won’t experience proximity effect with them.

The presence of low-end sounds usually happens below 100Hz and can cause a boost of up to 16 dB.

But to be clear, you cannot change the proximity effect simply by turning the gain level up. It has to do with the physics of the distance between the sound source and the mic.

And if you’re not careful, getting too close can lead to distortion.

But, if you know what you’re doing, you can use proximity effect to your advantage (more on that below).

How To Avoid Too Much Proximity Effect

In order to avoid distortion and bass-heavy recordings, you have to know how to avoid an overload of proximity effect.

You can either use a mic that doesn’t have a concentrated pickup pattern, like an omnidirectional mic. This is probably the surest way to avoid proximity effect.

Just keep in mind, an omnidirectional mic will record audio from all sides, meaning you’ll need to make sure you’re in a controlled, quiet environment.

Or you could use a condenser mic, which will have less proximity effect than a figure-8 mic. Then just avoid getting too close to the mic.

How To Control Your Sound With Proximity Effect

Lots of great recordings wouldn’t have been great without proximity effect.

Vocals that sound big and in your face. The boom of a bass drum. Anything that sounds good with some low-end benefited from proximity effect.

Yes, you can EQ instruments to bring out their low frequencies. But getting proximity effect naturally can get you a big bass sound without the extra work.

Just move closer to your mic. As you do this, you’ll hear a boost starting around 300Hz and below, mostly below 100Hz.

If you want to exaggerate the natural proximity effect, use a mic with a figure-8 pickup pattern. 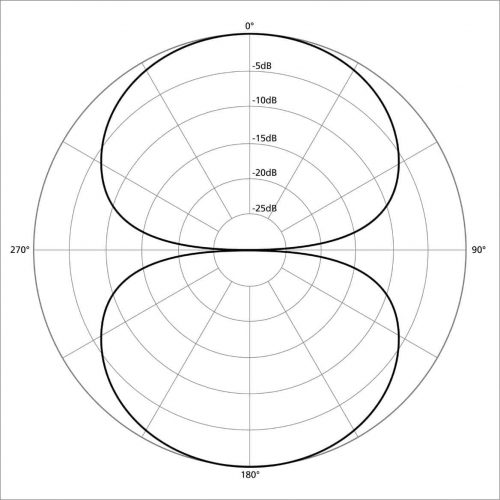 Cardioid mics are usually the preferred mic for vocals as they allow some proximity effect but not too much. They bring out the pleasant low frequencies, making vocals sound warmer, fatter, and bigger.

That’s why many singers like the proximity effect – when used correctly.

You can also use the proximity effect to make a bass drum or floor toms bigger and more bassy.

So proximity effect can be your best friend if you know what you’re doing. But it can also be your mortal enemy if you let it get out of hand.

Just remember, it will be more noticeable — and more of a potential problem — with deeper-voice vocalists.

Can You Fix Proximity Effect After Recording?

Let’s say you take every precaution to capture only the good aspects of proximity effect. You try to avoid distortion, too much bassy-ness, and muddiness.

But during editing, you realize there’s just a little too much low end.

What do you do? Can you remove it?

Well, this is why we always advise you to get it right at the source. You should record instruments so well that the song sounds decent without any mixing.

You won’t be able to truly fix it in post-production. But if you run into this worst-case scenario, you can try a plugin called TDR Proximity.

This plugin emulates the depth or closeness of a sound source by using stereo width adjustment, absorption of high frequencies, and much more.

It’s not nearly as good as getting the right proximity effect during recording. But it can help tweak it after the fact.

There’s no hard-and-fast rule for proximity effect. This is one of those things you have to hear for yourself and adjust to your liking.

But now you know how it can improve your tracks. You also know how to avoid the downfalls of it.

As always, trust your ears.