How to Play Guitar: Beginner’s Guide to Shredding

“Just give up playing the guitar!”

That’s your internal critic. You will face him at some point.

Every guitarist goes through this stage (AKA “the hump”). But if you approach playing the guitar the right way, you can turn the volume down on your internal critic.

Is it hard to play the guitar? Well, it’s hard to learn, but you can make it easier on yourself.

I’ve been playing since 2002, and these are the things I’ve learned about how to play guitar efficiently.

But if you just want to learn about Playing Guitar specifically, keep reading.

Know the parts of a guitar 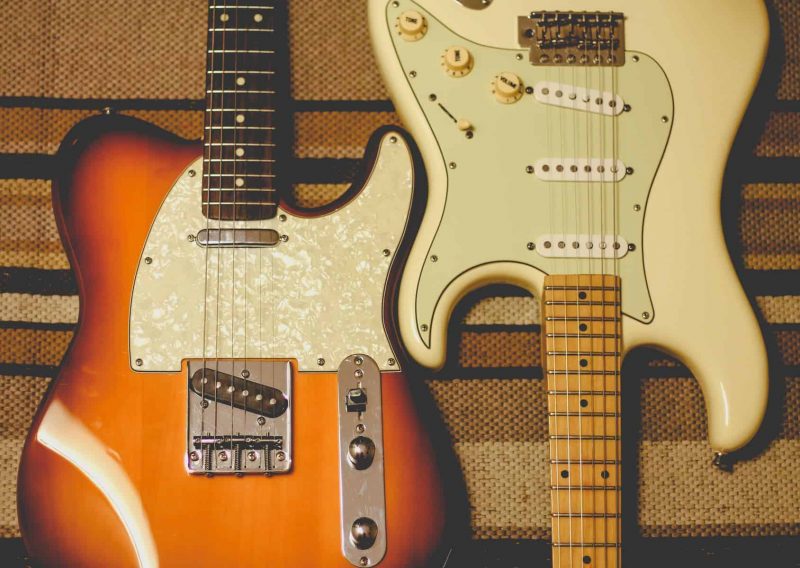 Learning the main parts of the guitar is easy, thanks to the familiar terminology we use. We’ll use an acoustic guitar as an example.

If you stand the guitar up, you can imagine it like a person.

The big, curvy part is the body. The long section attached to that is the neck. And the rectangular top is called the head (also called the headstock).

The rest of the parts don’t fit into the “imagine it like a person” metaphor. But a lot of the names are obvious.

The little knobs on the headstock are tuners (they tune the strings).

The white bar located where the headstock and neck meet is called the nut. Each string has a corresponding nut groove.

The front side of the neck is called the fretboard, and the space in between each piece of metal are the frets.

Down on the body of the guitar, we have the bridge, which is where the strings attach. The elevated (usually white) part that sits on top of the bridge is called the saddle. The saddle mirrors the nut in that there’s a groove for each of the strings.

Speaking of strings, let’s learn them. When refering to the string notes, start with the thickest string (the 6th string) and go to the thinnest string (the 1st string):

To easily remember the notes of each string, you can use an acronym. Here are a few I’ve heard:

Or make up your own! Whatever it takes to help you remember the notes of each string in standard tuning.

The next thing you must learn is how to read chord charts. These teach you how to play songs by telling you the exact way to play a chord (because you can play each chord in many different ways).

Here’s how you read chord charts…

When you look at a chord on a chord chart, your perspective is as if you’re looking at the guitar:

A chord diagram shows you what string you press and on what fret.

Here’s what a G major looks like on a chord chart:

It’s also important to be familiar with how to write chords as a guitar tab. Rather than using an image like you would with a chord chart, tabs are a way to type or write how to play a chord.

The number tells you on what fret to place your finger.

Now you can get started with your first chords. Here are some easy chords for beginners:

Here’s how to play each of these (other than G major because we already covered that):

The thing that separates the average guitarist from a great guitarist is strumming and rhythm. It’s the X factor.

So let me give you an intro to strumming well and keeping rhythm.

So a good strumming pattern for beginners is:

Once you get that one down, try this strumming pattern:

The only thing left to do is practice, listen to how other artists strum, and practice more.

You can’t have good strumming without good rhythm. So it’s a smart idea to do some rhythm exercises.

The easiest way to practice your rhythm is to jam along to your favorite songs. Slap your thighs, tap the table, or clap to the beat. And you can practice this anywhere at any time.

This will build your sense of rhythm, which will help your strumming dramatically.

Methods for teaching yourself guitar

Because you’re reading this post, you’re probably a self-starter. Which means you may be asking, “How can I teach myself to play guitar?”

Here are some helpful tips…

Play along with a song

This is the best way to learn guitar. Instead of learning scales and random chord progressions, pick a song you love and slowly learn it.

You’ll have more motivation to keep going. And the reward will be so much more satisfying.

What are the easiest songs to play on guitar for beginners?

Here are a few to get you started:

I know, you want to be great at guitar right now. But it takes time. It’s totally worth it, but it will take time.

Because of that, it’s tempting to try to play along with the song right off the bat. But don’t do that. You’ll just get frustrated.

You need to start slow.

Once you know the chords and how the song goes, play at your own pace. It may feel awkward to play the song slower than you hear it in your head, but it will help ease you into guitar playing.

This helps you build muscle memory, learn the strumming pattern, and gradually increase your chord-switching speed.

Once you find a tempo that works for your skill level (whether it’s the song’s actual tempo or slower), play along to a metronome.

This strengthens your rhythm and helps you keep time the whole way through the song.

If you have a physical metronome, great. If not, try one of these apps:

You are not subjective. That’s why you need to record yourself — to be as objective as possible.

When you hear yourself playing guitar, you become the listener, no longer the player.

Try this: record yourself playing whatever chord progression or song you know. Then don’t listen to it until a day or two has passed. You’ll have fresh ears and a more objective mindset.

To successfully learn how to play the guitar, you need the right tools. Here are some of my favorites…

I’ve been playing guitar since 2002 and I still use ChordFind occasionally. It’s the simplest and quickest way to find the chord you need.

You can either pick the chord from a list, or you can do a reverse lookup where you enter the finger placement. Then it tells you the name of the chord.

When I was learning guitar, this site was a game-changer.

Ultimate-Guitar.com is perfect for both beginners and more advanced players. You can find chord progressions as well as detailed tabs with solos and riffs.

Users can add their own “tab” — what they think the chords are to a song. Then other people rank those tabs, so the most accurate rise to the top of searches.

There are also “official” tabs that include a video of someone playing the song so you can watch how to play it.

And it’s a library that keeps growing.

When I was learning guitar, I also had a physical chord chart hanging on my wall. Here’s why it was helpful…

I’d be in my bedroom playing a song. Then I’d forget how to play the next chord. Instead of going downstairs to the family desktop computer (remember those?), I could lift my head and look at the chart on my wall.

Phones have made chord lookups much easier, but looking at your wall is still way quicker than pulling out your phone.

If you’re a gamer, you may want to check out video games that teach you how to play guitar. There are a ton of educational guitar games, but two of the best are JamPlay and Rocksmith.

I never got into learning guitar from games, but this could help you.

I hope you see you can learn the guitar on your own. As long as you have the drive, you have the tools available to become a great guitarist.

The key is to take it in small steps and be patient. It won’t be long before you’re making great music on the guitar.