—This blog post is a chapter from How Pros Make Hits by Tom Frampton, posted with permission.—

One of the most fundamental characteristics that differentiates Believer from other chart-topping songs is that it uses 12/8 compound time, whereas the majority of charting songs are in common 4/4 time.

The compound time isn’t worked into the performance in a subtle way. During the build-up to the chorus, lead singer Dan Reynolds emphasizes the 12/8 time by singing clear triplets. The picked guitar also holds down the 12/8 groove throughout almost the entire song.

Try writing in 12/8 to see what new rhythms and melodies you come up with. A new foundation can lead to you being inspired in unique ways.

The first beat of the chorus in Believer features a subtle break where the listener expects the chorus to drop but is left only with a simple a bass note shortly followed by a short upwards sweep that sucks the listener into an explosive first backbeat. This unanticipated twist wrong-foots the listener and adds excitement. In Believer, they milk this technique and use it in every chorus. More often, producers will use this to spice up a final chorus or drop.

Believer’s arrangement is centered around creating interesting layers and adding and removing elements from the mix. There is a lot of repetition happening, starting with the single chord progression of Bbm, Gb, and F major that is reiterated from start to finish.

The dotted guitar rhythm comes in during the first verse and is also prevalent throughout. There are no changes in the sound, filters, or effects of the guitar; it maintains a constant tone. Without the complimenting channels entering the mix, this would be super-monotonous, but in this context, the guitar serves as a glue that holds the production tighter and connects the various sections.

The incessant groove of the drums is also reasonably consistent, though there are some changes with a sparse hi-hat entering the mix during the first chorus and evolving into playing all 12 beats in a bar from the second verse onwards.

The minimalistic ideas used in the instrumental arrangement leaves much scope for new elements entering the song and introducing counter-rhythms and melodies. The contrast between the verse with no choir and the chorus with the choir is a vast difference in timbre and density.

The noticeable trend in the balance of this mix is that each instrument spans a relatively small frequency bandwidth. Take the finger-picked electric guitar, for example. Its primary focus of energy is around 250Hz-1kHz. It’s quite a pure tone without rich harmonics or distortion. The kick is another example where the energy is focused across a thin bandwidth. This minimalism makes space for the vocals to shine through as the heart of the track.

The vocal is super upfront in the first verse, with a double effect entering in the second half building another layer. Then when the chorus drops, it’s like a thousand voices are singing together. The choir and BV’s fill the stereo field with an enormous chanting sound. The instrumental arrangement from 1kHz and above is almost empty. That space has been intentional left clear for the vocals. By panning different vocal parts at different positions, you can make the sound feel like it’s hitting you from every direction. When it has nothing to compete with, you make it very in-your-face. Try using a sparse and minimalistic arrangement like this to highlight the main feature of your production.

The drums play an essential role in the width of the track with the exciting patterns panned hard left and right. The tribal vibe and big reverbs give it an immense sound and emphasize the chanting style. Notice how some of the dry percussive elements are hard-panned to one channel (i.e., right speaker), and their reverb is hard-panned to the other channel. 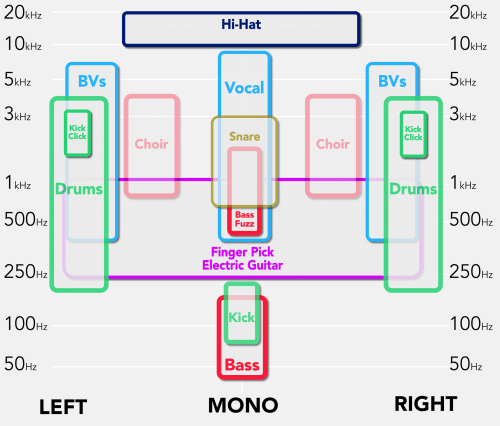 By loading Believer as streamed by Spotify into Mastering The Mix’s quality control application EXPOSE, we can see that the track has been turned down by around 5.4dB to comply with their -14LUFS streaming loudness target. This is quite a considerable reduction in sound. During the final chorus, EXPOSE has highlighted in red the areas that are lacking in punch. Had the producers eased up on the limiter and compression they would have maintained more punch in that final chorus without sacrificing loudness, as Spotify would still stream the song at -14 LUFS regardless of its original loudness.

The limiter was clearly working over-time as the arrangement reached its maximum density, as during the first and second choruses EXPOSE is not highlighting any dynamic range issues.

What Did We Learn

This blog post is one of 40 chapters in ‘How Pros Make Hits’, an eBook created by Mastering The Mix. Music surrounds us. It’s everywhere. Your music has the potential to connect with millions of people. Don’t produce another second of music without first learning how these pros did it to give yourself the best chance of success. Visit the How Pros Make Hits webpage to download 5 free chapters now. 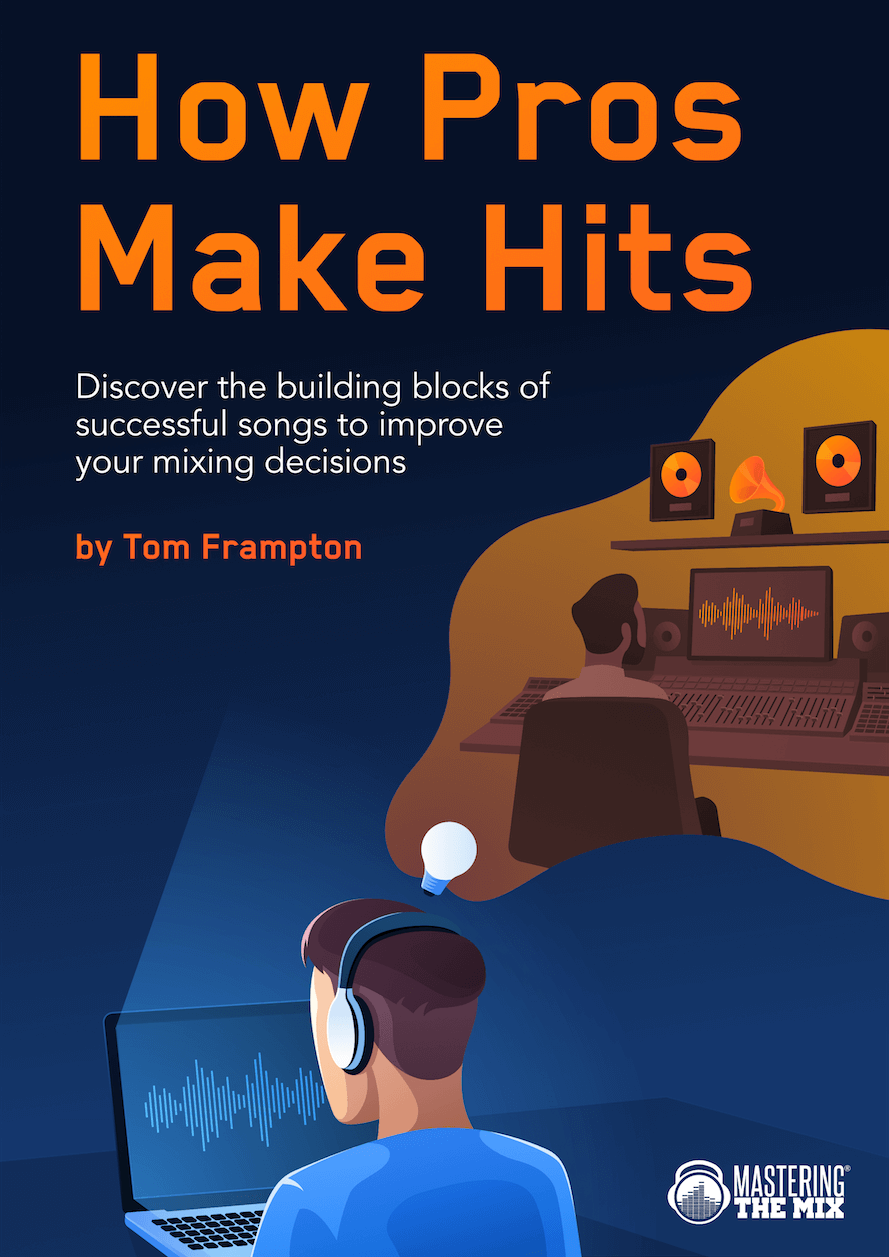