Everyone is using double tracking.

I’m not saying just because everyone’s doing something that you should too.

But with double tracking, there’s a reason everyone is using it.

It makes your song sound more professional, full, and impactful.

So here’s what it is and how to use it…

But if you just want to learn about Double Tracking specifically, keep reading.

What Is Double Tracking?

Double tracking is when you record the same part twice. It’s not copying and pasting a track, and it’s not using two mics.

You re-record the same part twice on different tracks.

A common use is recording the melody of your chorus twice.

So you have the main melody. And then you record yourself singing the same exact melody on a new track.

Then you can blend the two tracks together to fill out the lead vocal.

Double tracking can actually refer to two or more tracks recorded over each other. It’s just easier to call it all double tracking.

Why Use Double Tracking?

Double tracking is a way to add width, depth, and overall fullness to your track.

Instead of just turning the volume up on an instrument or vocal, you can double track it. This gives you more control over the sound because you can pan the tracks and adjust their volumes.

Instead of the part getting louder, the part will feel fuller, bigger.

Double tracking can take your tracks from thin and amateur to full and professional.

And this method is better than copying and pasting a track.

You’ll sing or play the part slightly differently—even to the millisecond. So it will sound more natural. 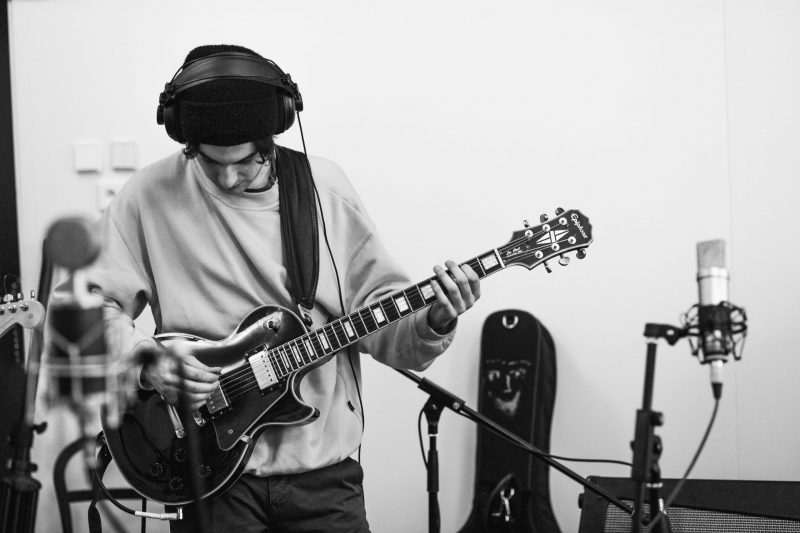 Jacob Collier is a huge fan of double, triple, and even dectuple tracking. In other words, he records a lot of tracks with the same parts.

He especially likes doing this with his voice, as you can see in his Logic Session Breakdowns.

When you listen to his music, you hear and feel the fullness and wideness.

You can also hear double tracking in Bon Iver’s “Holocene.”

Listen with earbuds and you’ll hear that he double tracked his vocals. One take panned left, the other panned right.

It really adds an atmospheric fullness to the song.

Listen to these songs and you’ll see exactly how effective double tracking can be.

How to Use Double Tracking

The process of double tracking is pretty simple.

Let’s say you want to double track your lead vocal. Here’s how you can go about it…

The foundation of a good double track is to make that initial take great.

The second (or third or fourth) track will be based on this original track. So you’ve got to make sure it’s exactly how you want it.

Take time recording it, comping it, and editing it. 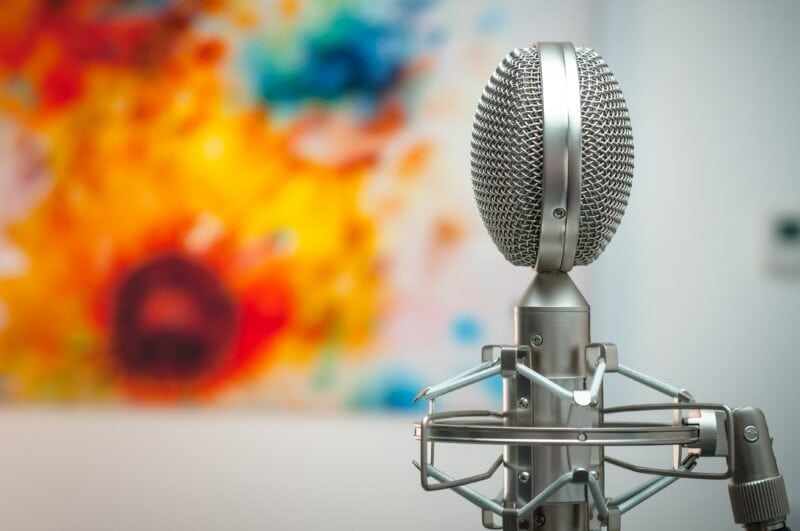 Next, create a new track and record yourself singing the exact same vocal part.

You need to get this second take as close to the first as possible. Which is why a good first take is important.

That’s why it’s best to record yourself singing the part while the original take is playing.

After you record the second part, pan it. That way, you can differentiate the two tracks while still hearing whether their timing is on.

The two takes will naturally sound a little different. But you can accentuate the difference by editing and mixing the second track differently than the first.

Here are some techniques to try:

For double tracking to have its full effect, your original track needs to be great. It must be exactly how you want it.

If it’s not, you may end up re-recording the extra layers you add.

But one thing is for sure, you should definitely give it a try. Double tracking can take your song from thin to full with just a few extra layers.